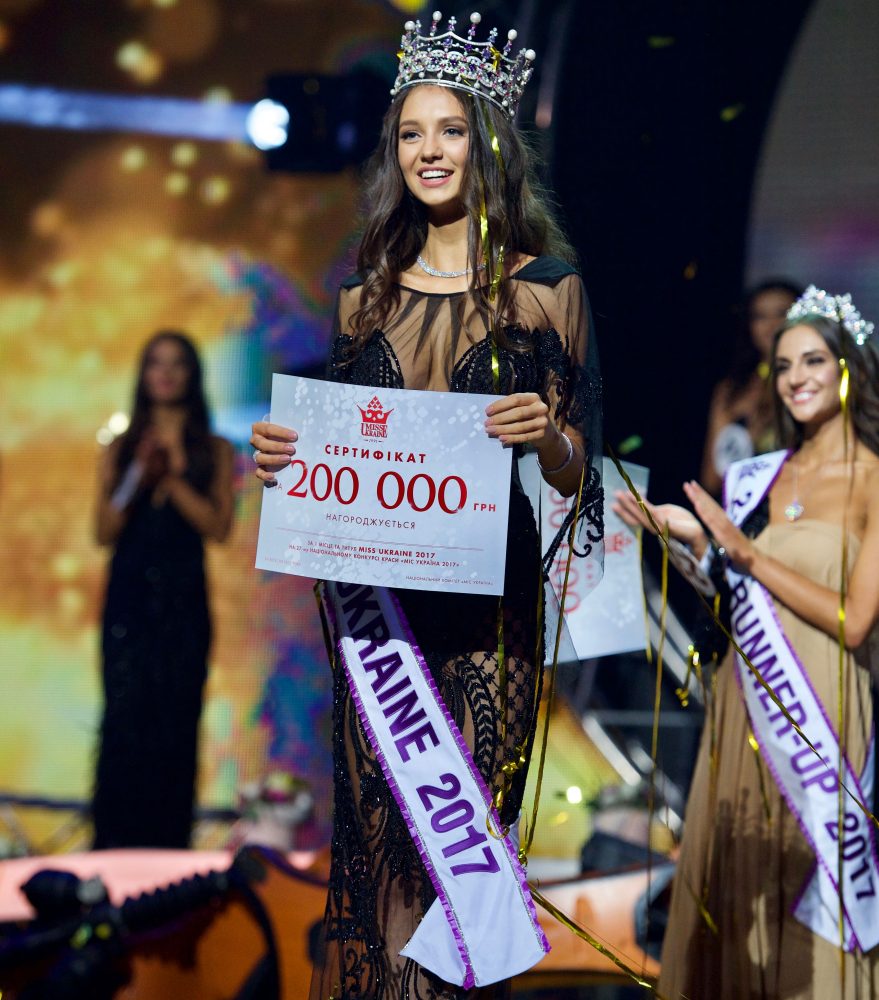 
The new Miss Ukraine 2017 was chosen from among 24 charming candidates in ceremony at the Palace Ukraine on Sept. 6. Polina Tkach, 18, from Kiev, won the magnificent crown and the right to represent our country at the Miss World 2017 beauty contest in China in November. But two other winners were also chosen to represent Ukraine: Diana Mironenko at the Miss Earth contest, and Xenia Chipa in the Miss International competition. This year’s honorable jury included designer Andre Tan, showman Dmitry Komarov, restaurateur Nikolai Tishchenko, choreographer Alena Shoptenko, ballet dancer Ekaterina Kukhar, and others. The lavish show included performances by famous Ukrainian singers and groups and an elaborate scenery including a huge eye and a robotic palm. Contestants at the pageant competed for prizes totaling UAH 700,000. This year’s theme was “Everyone can become Miss Ukraine,” an idea that seems to be born out by this year’s winner. Polina Tkach is a regular student of National Aviation University who is fond of exercising her creativity and was brave enough to test her mettle in this year’s contest. 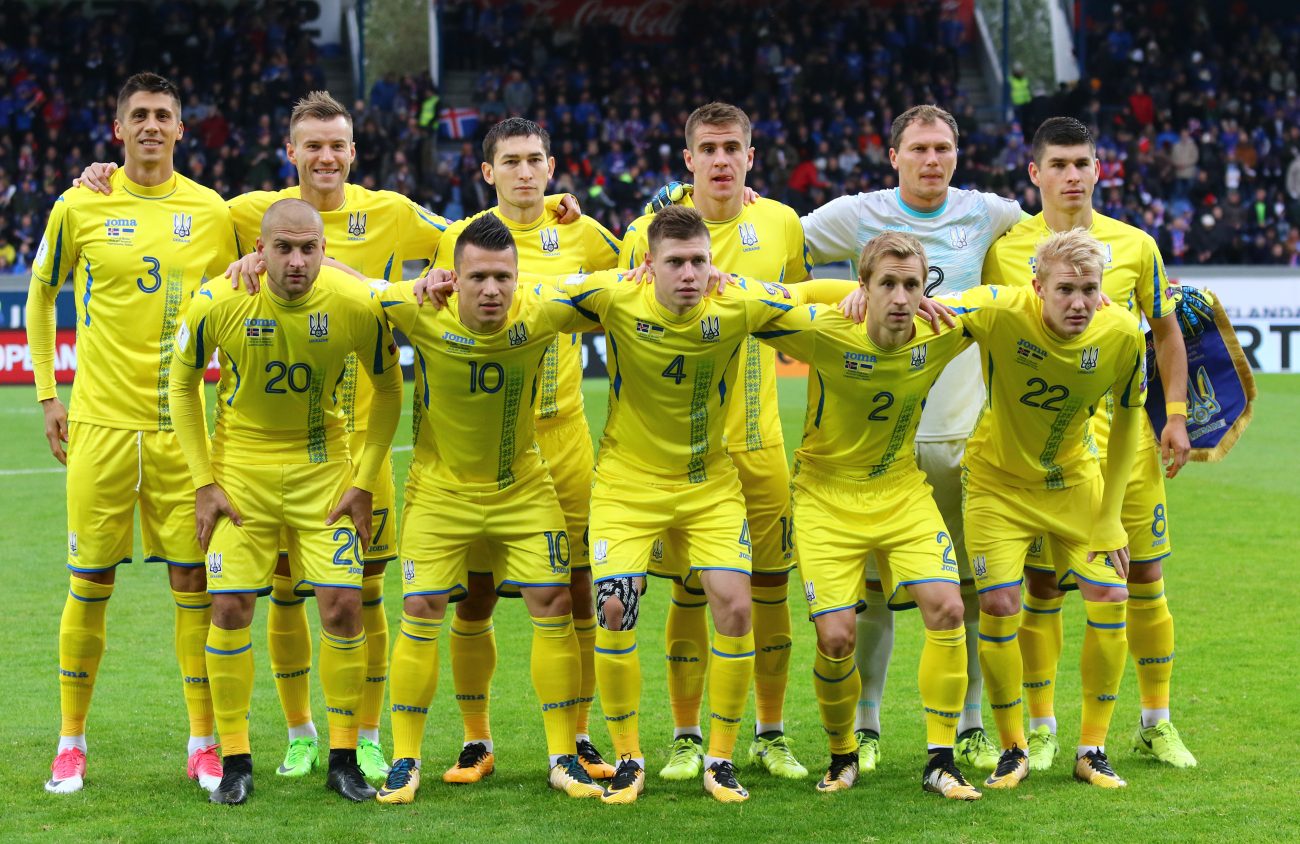 U kraine’s national football team is in Group 1, along with Turkey, the Republic of Croatia, Finland, the Republic of Kosovo and Iceland, all striving to make it into the playoff round for next year’s World Cup. Ukraine gained a victory on Sept. 2 in a match against Turkey with a 2-0 score, but on Sept. 5 lost to Iceland 0-2. Currently, Ukraine has 14 points and two matches to go, against Kosovo and Croatia. The match with the Croatian team takes place in Ukraine on Oct. 9, but the date and place for the match with Kosovo have yet to be decided. The Ukrainian team doesn’t want to play the match on the Kosovo pitch because of that country’s current instability. According to the preliminary count, the Ukrainian team needs not only to take second place, but also to gain maximum points in the final rounds. If Ukraine wins these two games, it will have a real chance to get into the playoff. Let’s keep our fingers crossed!

Kiev as a tourist destination

T he Kiev City State Administration has recently published its annual report on Kiev’s achievements, socio-economic progress, financial activities and tourism for 2016. Kiev’s biggest boost in tourists came from foreign visitors (up by 17 percent), an encouraging statistic. Significant changes were observed in the city’s top-five list of foreign visitors. Israel was the top source of foreign tourists in 2016, with 152,000 visitors. The previous and long-term leader, the Russian Federation, fell out of the top five altogether. Taking second place on the list was the Republic of Belarus, with 105,000 visitors, followed by the United States with 99,000, Germany with 85,000, and Turkey with 60,000. The Kiev City State Administration is working hard to attract more tourists to Ukraine, and it’s hoped the 2017 report will present even better results.