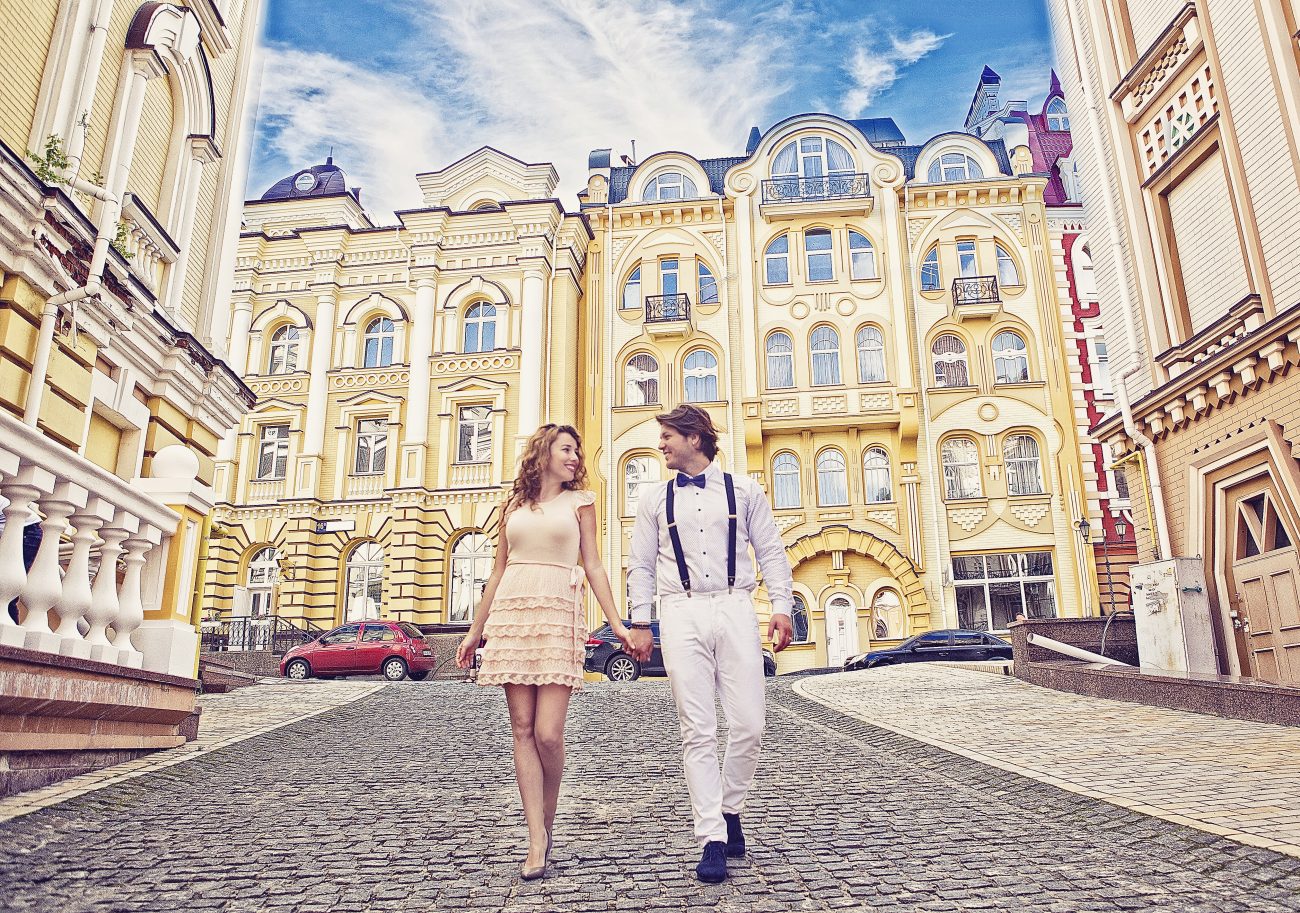 People have searched for centuries for the best way to say “I love you.” Fortunately, there is Saint Valentine’s Day, a great occasion to express your feelings and remind to the whole world what is really important in life.

St. Valentine’s Day is believed to have appeared in the 16th century, but holidays in honor of Love have existed since ancient pagan cultures. One person is obviously responsible for this holiday — the Christian priest Valentine. Around 269, the emperor Claudius II, who ruled the Roman Empire, forbade legionaries to marry. He did not believe in making families during the war, so marriages were treated as the main enemy of his “Napoleonic” plans.

Despite this rule, soldiers continued to fall in love. Luckily, there was a person who began to marry legionaries with their beloved women secretly. This was the priest Valentine, the ultimate admirer of this wonderful feeling, the greatest possible romantic. After a while, the emperor found out about this “criminal activity’’ and stopped it immediately. Valentine was sentenced to death. The Christian priest was later canonized by the Catholic church. In 496, Pope Gelasius I proclaimed St. Valentine’s Day as a holiday to be celebrated on the 14th of February.

Kiev is one of the most romantic cities in the world. It is so easy to fall in love here – with the city, with the people, with the culture or even with the love of your life! The Cupids and Saint Valentine must like our city a lot, as so many love stories have started here…
Walking along Kiev’s ancient streets or sitting in the beautiful parks, you will feel the city’s spirit, embodied in fabulous, breathtaking stories.
A professional guide, Marina Samorukova from the tourist agency “Interesting Kiev,” shared with us several world-famous romantic stories closely related to our city.

The first love story happened during the time of Yaroslav the Wise (11th century). He is known worldwide not just as a great and clever governor of Kievan Rus, but also as the father-in-law of Europe, as he married his children to kings and rulers throughout the continent. All of them had different destinies and left a significant mark in history.

One of Yaroslav’s daughters, Elisabeth, was a golden-haired beauty famous for her romantic love story with the Norwegian prince Harald. The future king of Norway was wounded during the Battle of Stiklestad and then sent to the court of Yaroslav, where he became a hired warrior and a commander of the Kievan Rus military. The beautiful Elisabeth attracted Harald’s attention, and he fell in love with the princess. Truth and fiction no doubt are mixed in this story, as some legends say that the girl was only eight or ten years old when Harald saw her for the first time. Yaroslav the Wise favorably perceived Harold’s proposal but declared that he would give his daughter in marriage only to a man with his own land and enough money. The grand duke suggested that Harald prove that he deserved to rule the country and was able to support the princess.

So Harald came to Constantinople, where he fought in battles against Byzantine enemies successfully for ten years. He then returned to the court to marry Elisabeth, who had grown into a beautiful woman. Some time later, they went to the North, and eventually Harald and Elisabeth became the king and queen of Norway. To be honest, the private life of Elisabeth was not as cloudless as we might want, but that is another story…

Another inspiring love story began in Kiev in the Cossaсk family of Razumovski in the 18th century. Perhaps it would have never happened if the oldest son Alexei had not manifested his musical talent – but he did. He had a wonderful bass voice and sang in the church choir, where he was heard by one functionary. That’s how he went to Russia and became a singer in the Russian palace chapel choir. The daughter of Peter I, Elizaveta Petrovna, noticed the talented and handsome musician, and he eventually became her favorite. Despite the obvious differences in their origins, Elizaveta and Alexei fell in love, which resulted in morganatic marriage – in other words, a misalliance.

One day, the empress, together with Alexei, visited Kiev. She was pleased with the city and decided to decorate it with temples and palaces. Today, we can admire Mariinsky Palace and St. Andrew’s Church, which were built at the initiative of the empress. Seizing the opportunity, Cossacks asked the empress about the election of the hetman. Elizaveta agreed and chose her husband’s brother Kyrylo Razumovsky for this post. This part of Ukrainian history is considered very progressive. All finance was under Moscow’s control, but educational, social and cultural spheres were revived during this period of time. Would it have been possible without the love of Elizaveta and Alexei? This couple is an amazing example of how love can be magical, not just for two people but fruitful for all nations.

Story №3: “The main muse of the artist” Mykhail Vrubel and Emiliya Lvovna Prakhova
Who was she, the first Muse of the outstanding Russian painter Mikhail Vrubel? Who was that woman, whose facial features are evident in some paintings of the famous artist? It was Emiliya Lvovna Prakhova, a wife of Adrian Prakhov, who invited Vrubel for the restoration of wall paintings in St. Cyril’s church at the end of the 18th century. Vrubel came to Kiev and often visited the house of Prakhov’s family, spending nearly all his evenings in the professor’s house, discussing the work in progress and studying books on the history of Byzantine and Russian art.

Emiliya was not a classical beauty by the standards of her day, but she had a lively character and possessed deep and attractive eyes. She talked often with Vrubel, and he fell passionately in love with her. Having heard rumors about the wife’s admirer, Adrian Prakhov decided to get rid of the rival, sending him to Italy, where the artist became acquainted with the old masters and finished his work on four icons at the same time. Vrubel went to Venice, taking a portrait of the sweetheart. After his return, everyone could easily recognize the features of Emiliya Lvovna and her little daughter in his famous painting, “The Blessed Virgin Mary with a Child” that adorns St. Cyril’s church nowadays. Nobody knows whether Mykhail Vrubel confessed his love to Emiliya Lvovna, but her image was in front of his face for many years…

So many people, so many stories, but each of them has its own magic and mystery. All these memories and wonderful feelings flow through Kiev’s alleys, streets, churches, and old houses. On the Eve of Saint Valentine’s Day, to experience the incredible romantic atmosphere to its full extent, we recommend these particularly romantic places in the city center: 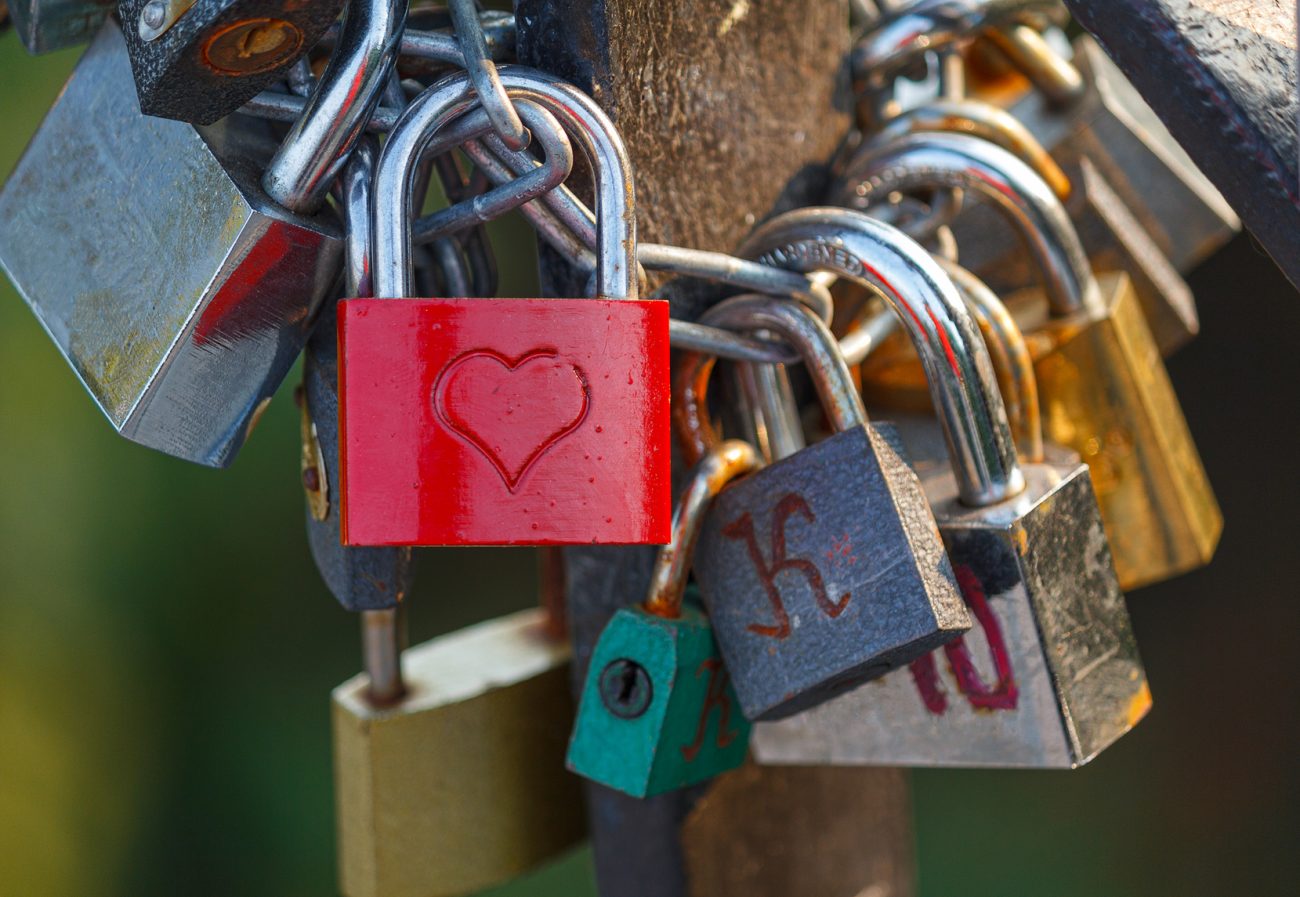 Walking in Mariyinsky Park, you will admire the Lover’s bridge, also called “kissing,” as a lot of romantic stories start here. It is a special place, where happy couples meet for trysts, and lovers express their feelings, make proposals, and put locks on the bridge as signs of strong and everlasting love. It is believed that the one you kiss here will remember you forever. 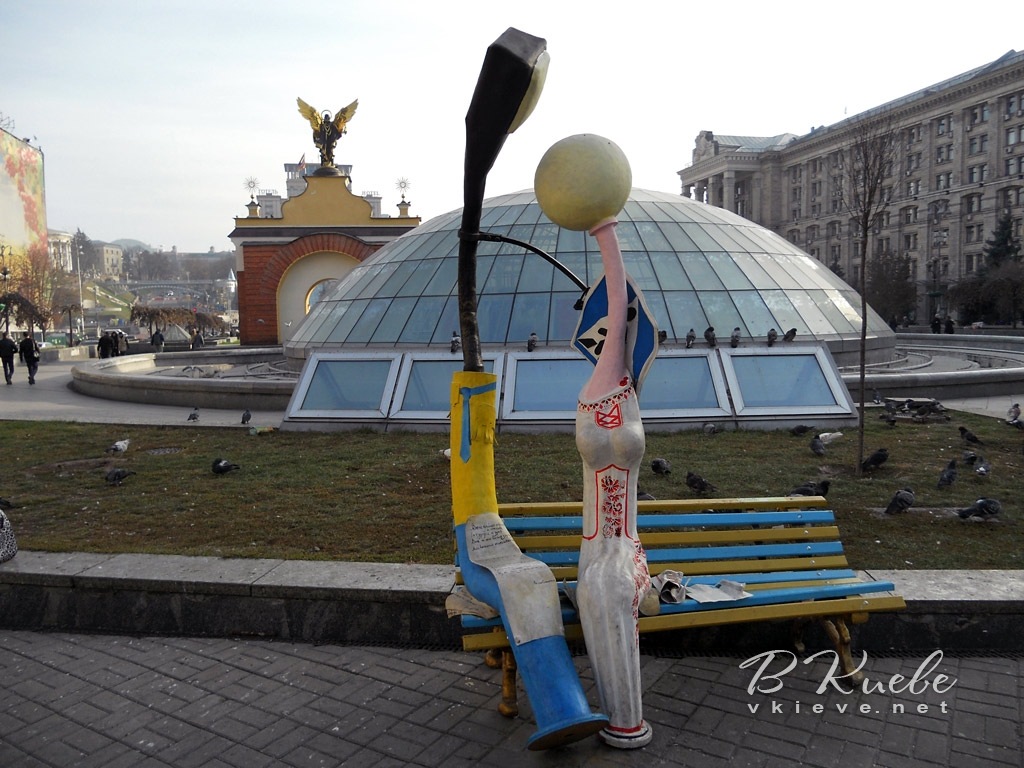 Comparatively new but already famous, the Lanterns in Love Monument created by sculptor Volodymyr Bilokon was opened in 2010 on Saint Valentine’s Day. Located in Maidan Nezalezhnosti (Independence Square), the composition features a bench on which two pretty lanterns in love sit hugging each other. This unusual and amiable monument became a favorite stop for couples and reminds everyone to think about relations and bright and true love.

Finally, the Kiev Check-in team hopes that everyone found their better half and was not alone on St. Valentine’s Day. Do not forget that all you need is love and much strength to keep it alive through years.